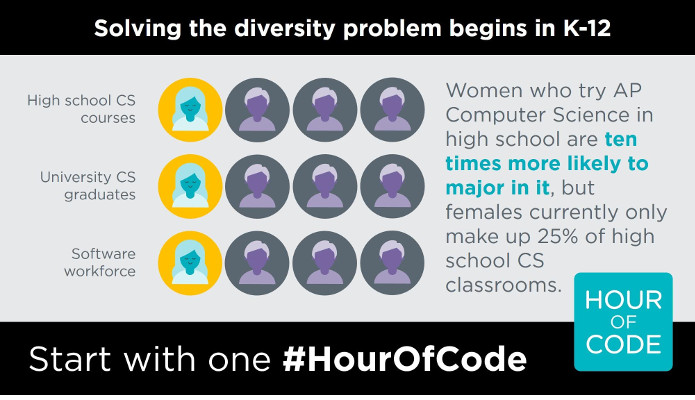 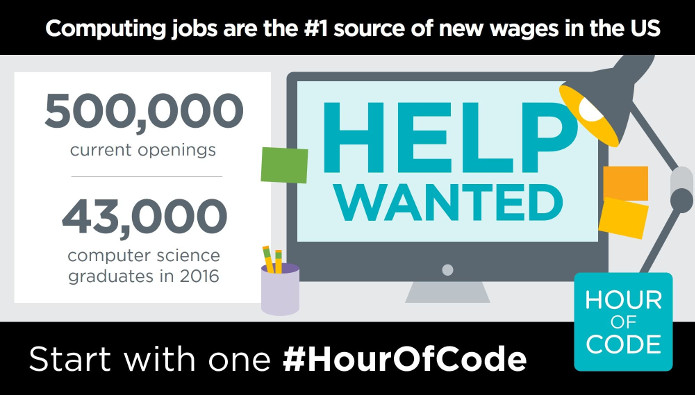 Between Dec. 9-15, ten percent of students around the world will celebrate Computer Science Education Week by doing an Hour of Code event at their school. It’s an opportunity for every child to learn how the technology around us works.

BMCC would love to help you run an Hour of Code event. We can help teachers host an Hour of Code in their classrooms (we don’t even need computers!) or if you would like to host a school assembly, we can arrange for a speaker to talk about how technology works and what it’s like to be a software engineer.

The students will create their own apps or games they can show their parents, and we’ll also print Hour of Code certificates they can bring home. And, it’s fun! With interactive, hands-on activities, students will learn computational thinking skills in an approachable way.

Computers are everywhere, changing every industry on the planet. But fewer than half of all schools teach computer science. The good news is, we’re on our way to change this! If you've heard about the Hour of Code before, you might know it made history - more than 100 million students around the world have tried an Hour of Code.

Thanks to the Hour of Code, computer science has been on homepages of Google, MSN, Yahoo!, and Disney. Over 100 partners have joined together to support this movement. Every Apple Store in the world has hosted an Hour of Code, and even leaders like President Obama and Canadian Prime Minister Justin Trudeau wrote their first lines of code as part of the campaign.

You can read more about the event at http://hourofcode.com/.

BMCC will be hosting two Hour of Code events: